THE ORIGIN OF UNIVERSITIES

("The early Chinese state depended upon literate, educated officials for operation of the empire, and an imperial examination was established in the Sui Dynasty (581–618) for evaluating and selecting officials from the general populace.") 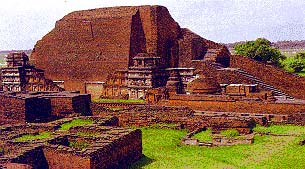 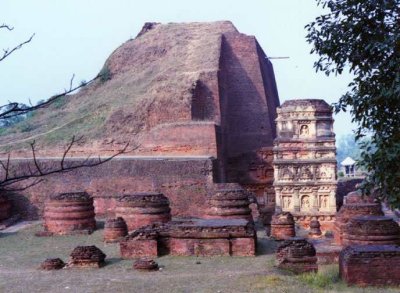 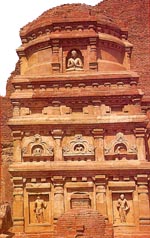 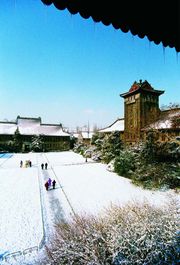 University of Salerno, Italy, 9th. c., "growing out of a Benedictine monastery" 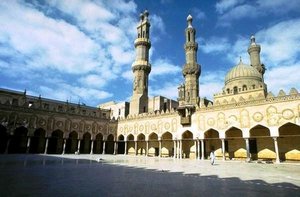 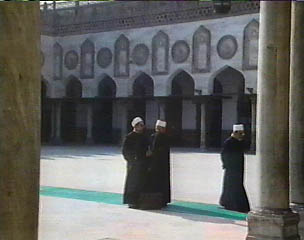 "Many of the medieval universities in Western Europe were born under the aegis of the Catholic Church, usually as cathedral schools or by papal bull as Studia Generali. In the early medieval period, most new universities were founded from pre-existing schools, usually when these schools were deemed to have become primarily sites of higher education. Many historians state that universities and cathedral schools were a continuation of the interest in learning promoted by monasteries.

those in bold are represented on and in the Main Building (the Tower) of the University of Texas:

* University of Coimbra, Coimbra, Portugal, founded in 1290 in Lisbon

I. 1.    a. The whole body of teachers and scholars engaged, at a particular place, in giving and receiving instruction in the higher branches of learning; such persons associated together as a society or corporate body, with definite organization and acknowledged powers and privileges (esp. that of conferring degrees), and forming an institution for the promotion of education in the higher or more important branches of learning; also, the colleges, buildings, etc., belonging to such a body. In recent use, const. without article: at (or to) university, etc.

“university”   Institution of higher learning. Universities grew from the studia generalia of the 12th century, which provided education for priests and monks and were attended by students from all parts of Europe. In the 11th century, Bologna became an important centre of legal studies. Other great studia generalia were founded in the mid-12th century at Paris, Oxford, and Cambridge.

Wikipedia: This is a list of the oldest extant universities in the world. To be listed on this page, an educational institution must satisfy the definition of a university* at the time of founding; it must have been founded before 1500; and it must have been operational without a significant interruption ever since.

Note that because the awarding of academic degrees for advanced studies was historically a European custom, and the modern definition of a university includes the ability to grant degrees, the oldest institutions of higher learning that have always satisfied the modern definition of a university were in Europe. If, however, the definition is broadened to include ancient institutions that did not originally grant degrees but now do, then some European and non-European institutes predate the University of Bologna (for example, Nalanda University had been established by the 5th century BC in India [now in ruins], Nanjing University founded in 258 in China, and Al-Azhar University founded in 988 in Egypt).

Because of the above definition, there is some controversy regarding what is the world's oldest university. If we consider university simply as a higher education institution, then the choice is between Takshashila, Nalanda and Al-Azhar University, but if we consider the original meaning of the word (from the latin "universitas": a corporation of students), then universities would be a medieval European phenomenon with the oldest university being the University of Magnaura in Constantinople (now Istanbul, Turkey), founded in 849 by the regent Bardas of emperor Michael III.

The ancient cities of Takshashila, Nalanda, Vikramasila, and Kanchipura in ancient India were greatly reputed centres of learning in the east, with students from all over Asia. In particular, Nalanda was a famous center of Buddhist scholarship, and as such it attracted thousands of Buddhist scholars from China, East Asia, Central Asia and South-East Asia, while also attracting many students from Persia and the Middle East.

The awarding of academic titles was not a custom of other educational institutions at the time but ancient institutions of higher learning also existed in China (Yuelu Academy), Greece (the Academy), and Persia (Academy of Gundishapur

The Academy, founded in 387 BC by the Greek philosopher Plato in the grove of Academos near Athens, taught its students philosophy, mathematics, and gymnastics, and is sometimes considered to resemble a university. Other Greek cities with notable educational institutions include Kos (the home of Hippocrates), which had a medical school, and Rhodes, which had philosophical schools. Another famous classical institution was the Museum and Library of Alexandria.

Institutions bearing a resemblance to the modern university also existed in Persia and the Islamic world prior to Al-Azhar University, most notably the Academy of Gundishapur.

In China, there were a number of institutions of higher learning that vaguely resembled universities in the Western sense of the word. In general, these are of considerable antiquity, predating western institutions of higher learning by centuries. In China, it is recorded that the education system had been established during the Yu period (2257–2208 BC) and the imperial central academy was named Shangyang (Shang means higher and Yang means school) at the time [but is no longer extant as such]. The higher learning institution, the Imperial central school, was called Piyong in Zhou Dynasty (1046–249 BC) [but is no longer extant as such], Taixue in Han Dynasty (202–220), and Guozijian in Sui dynasty. For example, Nanjing University traces its history back to the imperial central school at Nanking founded in 258 by the Kingdom of Wu [but actually began in 1902]. The early Chinese state depended upon literate, educated officials for operation of the empire, and an imperial examination was established in the Sui Dynasty (581–618) for evaluating and selecting officials from the general populace.

In the Carolingian period, Charlemagne created a type of academy, called the palace school or scola palatina, in Aachen, a city in present-day Germany. Another school, nowadays embodied by the Brexgata University Academy, was founded in the year 798 by Carolingian leaders. It was situated near Noyon, a city in present-day France. From a broader perspective it were the scholars, the aristocrats, the clergymen, and Charlemagne himself, who shared a vision of educating the population in general, and of training the children of aristocrats in how to manage their lands and protect their states against invasion or squandering. These initiatives were a foreshadowing of the rise, from the 11th century onward, of universities in Western Europe.

The first European medieval university was the University of Magnaura in Constantinople (now  Istanbul, Turkey) [now in ruins], founded in 849 by the regent Bardas of emperor Michael III, followed by the University of Salerno (9th century)*, [growing out of a Benedictine monastery], University of Bologna (1088) in Bologna, Italy, and the University of Paris (c. 1100) in Paris, France, later associated with the Sorbonne. Many of the medieval universities in Western Europe were born under the aegis of the Catholic Church, usually as cathedral schools or by papal bull as Studia Generali. In the early medieval period, most new universities were founded from pre-existing schools, usually when these schools were deemed to have become primarily sites of higher education. Many historians state that universities and cathedral schools were a continuation of the interest in learning promoted by monasteries.

[* oldest CONTINUOUS university, vs. al-Azhar, Founded in 969, the 10th century)

In Europe, young men proceeded to university when they had completed their study of the trivium–the preparatory arts of grammar, rhetoric, and logic–and the quadrivium: arithmetic, geometry, music, and astronomy. (See degrees of Oxford University for the history of how the trivium and quadrivium developed in relation to degrees, especially in anglophone universities).

Universities are generally established by statute or charter. In the United Kingdom, for instance, a university is instituted by Act of Parliament or Royal Charter; in either case generally with the approval of Privy Council, and only such recognized bodies can award degrees of any kind.

THE OLDEST UNIVERSITY IN THE ENGLISH-SPEAKING WORLD: 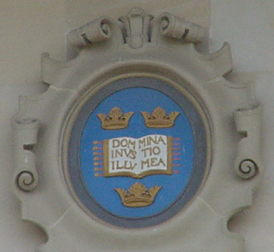